Africa Blossoms: A Continent On the Verge of an Agricultural  Revolution

Africa Blossoms: A Continent On the Verge of an Agricultural  Revolution 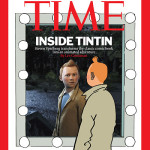 It’s a slow day on the Ethiopia Commodity Exchange, so the dealers are trading stories instead. “I love the money, and I love the atmosphere,” says sesame and coffee dealer Takele Chemeda, 38, surveying the octagonal trading pit and the giant screens hanging from the ceiling. “What happens on the floor stays on the floor, you know? After a big session, we all go out and party.” At 43, sesame trader Stemsu Abdella worries about how much longer he can take the pace. “What do you see on my face? That’s stress, man, stress.” Inevitably, talk turns to sesame buyer Belayneh Kinde, the exchange’s most legendary trader. Says floor manager Fekadu Berta: “He buys five, maybe six million dollars a session. He knows what’s happening and what’s going to happen. The guy came from a really poor family. He just bought a hotel.”

To those who think of Ethiopia primarily as a place of hunger, the idea that the country’s first yuppies are food traders will come as a surprise. But much has changed in the quarter-century since Live Aid. A nation that was once the focus of a multimillion-dollar famine-relief effort is now home to a trading floor — the Ethiopia Commodity Exchange (ECX) — that sold $1 billion in coffee, sesame, wheat, maize, peas and haricot beans last year.

The change is emblematic of a much broader transition taking place across Africa: the evolution from subsistence to commercial agriculture. The implications for the continent are radical. Seven out of 10 Africans live off the land. Commercializing agriculture — increasing the scale and profitability of farming — would spur meaningful participation in an economy, often for the first time, by 700 million people. Moving from subsistence farming to more competitive, scalable agriculture could spell the end of chronic poverty on the continent. Studies by the International Food Policy Research Institute and the World Bank suggest that every 1% rise in agricultural income per capita reduces the number of people in extreme poverty by 0.6% to 1.8%. Moreover, while aid agencies warn that high food prices fall hardest on the poor, high prices only sharpen the opportunity for Africa’s farmers — if they can manage to hold on to enough of the profits. “This is huge,” says ECX chief executive officer Eleni Gabre-Madhin. “This is catalytic. It affects millions. It touches every part of the economy.”

The world has had agricultural revolutions before, and their effects can be profound. The domestication of plants and animals 13,000 years ago was a prerequisite for civilization. In 16th century Britain, enclosure, mechanization, crop rotation and selective breeding produced the surplus and the spare workforce that drove the Industrial Revolution. India’s Green Revolution, which introduced irrigation, fertilizer, pesticide and high-yield seeds in the late 1960s and the 1970s, ended widespread famine in that country and turned it into a rice exporter.

Now it is Africa’s turn. The continent’s economies are based on industrial commodities: gold, oil and gas, diamonds, minerals and timber. But much of the wealth from these sectors, which are capital- but not always labor-intensive, has gone to corrupt governments or multinational companies rather than Africans. Food could be different. With just a bit more capital, better infrastructure, technological help in the form of things like exchanges that create larger markets, and better planning around development and aid, farmers could cash in. Certainly, growing global demand is on their side. Just as higher oil prices have made exploration of difficult-to-extract reserves in Siberia and the deepest oceans economically viable, so sharply rising food prices are making African agriculture look more attractive. Global food prices are up 50% in the past two years, and the World Bank has projected that global food demand will jump by half in 20 years, ensuring they will remain high.

Those projections have resulted in a land rush around the world, especially in Africa, home to 45%, or 200 million hectares, of the earth’s uncultivated land — enough to increase global farmland by 13%. Until 2008, agricultural land was being bought at an annual global rate of 4 million hectares, according to a World Bank report this year. In 2009, that rocketed: deals for 56 million hectares were announced, including 29 million hectares in sub-Saharan Africa. From 2004 to 2009, Ethiopia sold 1.2 million hectares, Mozambique 2.7 million hectares and Sudan 4 million hectares. The buyers tend to be from high-growth countries that are running out of their own land, like China, India, South Korea and Saudi Arabia.

One vision of Africa’s farming future can already be seen up and down the Great Rift Valley in Kenya and Ethiopia, where hundreds of translucent polyethylene tunnels are joined to form giant indoor farms. Inside are hundreds of square kilometers of vegetables and flowers. Some of those farms are foreign-managed; some are run by locals and have contracts with foreign food and flower exporters. Each year, Ethiopia exports $60 million in fruit and vegetables and $160 million in flowers, up from nothing 15 years ago. Neighboring Kenya, where the agricultural-trade industry is older, exports three times as much. That autumnal asparagus, those extraordinary midwinter roses at your local supermarket? They’re likely from Africa.

It looks like progress. But is it? In Alemgena, outside Addis Ababa, at Dire Highland flower farm, which is managed by Ethiopians contracted by Dutch flower importers, a workforce of 220 grows 9 hectares of roses, snow peas and mangetout. Men are paid 90 cents an hour, women 79 cents. “They don’t give us masks and gloves for the pesticide,” says one female worker. “We sold this land for a few cents, and now we’re laborers on it. It’s been a disaster.” A villager, Salomon Girma, 18, says, “When these commercial farms came, everyone thought it was a good thing. But the farmers were confused by the sales negotiation, and they sold their land for 75 cents a hectare. Then the bosses hired people from outside the area at cheap rates, and they forgot about the school they said they’d build. People even say that women who work there can become sterile because of the chemicals. We benefit nothing from this.”Expert opinion is also divided on whether such land deals and the subsequent commercial farming that takes place have represented progress or regression so far. “Some see it as an opportunity to reverse long-standing underinvestment … to gain access to better technology and more jobs [and] create the preconditions for sustained, broad-based development,” the World Bank said in its report. “Others say … an environment where state capacity is weak, property rights ill-defined and regulatory institutions starved of resources could lead to projects that fail to provide benefits … [and] result in conflict, environmental damage [and] although benefiting a few, a legacy of inequality and resource degradation.” Several Western NGOs now campaign against what they call land grabs. So do some Africans. In 2009 the Madagascar government’s decision to lease 1.3 million hectares to the South Korean company Daewoo sparked a revolution that ousted President Marc Ravalomanana.

As boss of the world’s largest producer of cut roses, Sai Ramakrishna Karuturi is only too aware of how emotional land issues can be. In Ethiopia, Bangalore-based Karuturi Global, which produces 1.5 million roses a day on 292 hectares in Ethiopia, Kenya and India, was accused of neocolonialism when it leased 100 sq km in the west of the country. But Karuturi, who wants to expand across Africa, is adamant that his company boosts development. “I don’t know what all the fuss is about,” he says. “Where we’re farming, there are seven people per square kilometer. That’s better than Canada. We’re not pushing people off. Who would work for us then?” The company creates jobs, he insists: 5,000 each in Ethiopia and Kenya. It has built schools, homes and a hospital as well. “India was a basket case. Then came the Green Revolution, and now we’re in the top three in the world in most agricultural products. I do not see why a similar thing cannot happen in Africa. Africa is the world’s next grain bowl.”

If Africa is to benefit, it must manage the new international interest in its farmland carefully. If it is to take full advantage of the rising demand for food, it also needs to create a modern farming industry where historically there has been none. The gaps are apparent. The World Bank estimates that Africa loses 1% to 2% of its GDP every year to poor infrastructure and calculates the productivity of Africa’s farmland at 50% of Latin America’s and 40% of Asia’s. In its report this year, it noted, farming has started on just 21% of the African land bought by foreigners in 2009 because of “inadequate infrastructure, technology and institutions.”

The good news is that those conditions are beginning to improve, at least in parts of Africa. The ECX, Africa’s first food exchange, is the continent’s standout example of how to commercialize farming. Establishing the exchange in April 2008 required setting up a national agricultural infrastructure: 16 food warehouses, eight regional coffee laboratories, 31 electronic price boards at markets across the country and 600 employees, including specialized product graders. The U.N.’s Food and Agriculture Organization (FAO) estimates that building such a comprehensive commercial structure could spur farmers to double their output. Other efforts are smaller yet still meaningful. In Kenya, Equity Bank made itself the largest bank in East Africa, with 6.5 million customers, by catering to farmers with loans to, say, buy a single cow. Also in Kenya, Syngenta has set up one of Africa’s first farm-insurance schemes, now covering 21,000 farmers. In Nigeria, First City Monument Bank has set itself a target of $3 billion in loans to farmers by 2020 and is also exploring insurance. “Agriculture is a real imperative right now,” says Ladi Balogun, the bank’s CEO. “The idea is to develop an enabling environment to help small farmers.” Tech entrepreneurs are adding another piece of the puzzle. New African-developed, farm-focused mobile-phone apps include programs for planning rural credit, a crop-disease alert system and iCow, which tells a herder when his animals are in estrus.

Foreign aid is also reflecting the change from subsistence to commercial farming. Aid workers now recognize that while handing out food during a catastrophe may spare people from going hungry in the short term — as the emergency operation to alleviate famine in Ethiopia’s lawless neighbor Somalia is attempting — it can also ensure that they do so in the long term: free food undercuts and ruins African farmers, who work not on a charitable basis but a commercial one. The U.S. and Britain, Africa’s leading donors, are pushing ever more money toward developmental projects such as irrigation and roads, which help create the foundation for local agricultural markets to grow.

There’s no doubt the time is right for an African agricultural revolution. The FAO said Sept. 8 that food prices are up 26% so far this year and have surpassed their 2007-8 peak. Understanding that this could ultimately represent not a problem but a promise that could lift an entire continent out of poverty, involves a change of mind-set as profound as imagining slick food traders in a place once famous for famine. “People ask, ‘Who is this crazy woman, creating a food exchange in a country where there isn’t any food, in the middle of a food-price crisis?'” says the ECX’s Gabre-Madhin. “They don’t understand. This is Africa’s moment.”