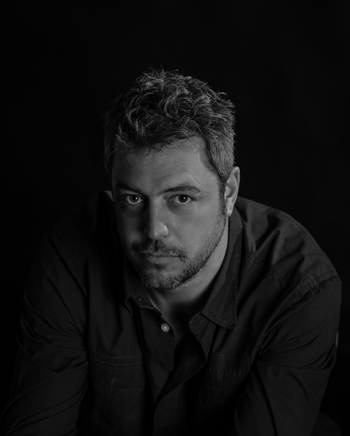 Alex Perry is a non-fiction writer. He is the author of The Good Mothers, The Rift, Falling Off The Edge, and Lifeblood, as well as several ebooks, and ghost-wrote Long Shot for Azad Cudi, a British-Kurdish sniper. His journalism has appeared in The New Yorker, Outside, Harper’s, The Guardian, TIME, Newsweek, Roads and Kingdoms, The Sunday Times magazine and others.

Alex’s journalism has won a number of awards and his investigation into Boko Haram’s use of beheadings was requested as evidence by the International Criminal Court in The Hague. At times, he has been recognised in other ways. In 2002, the Indian government tried to deport him when he questioned the state of the Prime Minister’s health. In 2007 Alex was held in jail in Zimbabwe for five days for working without accreditation before being convicted of being a “determined and resourceful journalist.”

Born in Philadelphia and raised in England, from 1999-2014, Perry lived and worked in Asia and Africa. He now lives in Hampshire, England.

Finalist, Arts and Culture Story of the Year, Foreign Press Association (London). For The Plot to Kill the Olympics, Outside magazine.

Finalist, excellence in feature writing, Society of Publishers in Asia (SOPA). For The True Story of the White Island Eruption, Outside magazine. “Well-written, thoroughly reported and very, very gripping.” The New York Times.

The Ed Cunningham Award, best magazine-style, long-form narrative feature in print or digital on an international story, Overseas Press Club of America. For The Last Days of John Allen Chau, Outside magazine.

“In this superb feat of compulsively readable storytelling, Alex Perry weaves a deeply humanising portrait of a young man with a deadly missionary zeal and illuminates the ongoing effects of missionary work, adventurism and the exoticism of the world’s remote peoples.”

“Skilful writing and masterful story-telling capture the behind-the-scenes story of a young man’s fateful odyssey to convert a little-known island tribe to Christianity. The story is told in intricate detail … The writer’s own journey to the area created extraordinary and engaging journalism.”

Nominated for a 2019 Edgar® Award for Best Fact Crime for The Good Mothers.

Kurt Schork Memorial Awards in International Journalism, Freelance Journalist Covering International News, shortlisted for Clooney’s War, Inside the Hunt for Boko Haram and Once Upon a Jihad, Newsweek.

Foreign Press Association, London, Sports Story of the Year, for Playing the Rebel Game (about the World Cup in South Africa), TIME magazine.

The Joseph L. Galloway War Correspondents’ Award for Inside the Battle at Qala-i-Jangi, TIME magazine.

The Society of Publishers in Asia, Certificate of Excellence in Reporting, for Inside the Battle at Qala-i-Jangi, TIME magazine.

The Henry R. Luce Awards, Special Citation, Reporting, for Inside the Battle at Qala-i-Jangi, TIME magazine.

Inside the Battle at Qala-i-Jangi was also included in the anthology, The Best American Magazine Writing, 2002.