Africa's Eye On the Sky

Africa’s Eye On the Sky 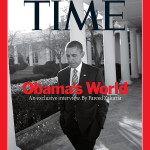 For someone whose job title could read Man Most Likely to Blow Your Mind, Bernie Fanaroff looks pretty conventional. Short, affable and 64, Fanaroff is wearing a V neck and gray slacks and offers coffee and sandwiches when we meet in his windowless office on a busy thoroughfare in central Johannesburg. Then he opens his mouth, and out tumbles all manner of cosmic craziness.

Fanaroff is consumed by such fundamental mysteries, to say nothing of the larger riddles surrounding the Big Bang. It’s to investigate all this — to answer questions about The Origin of Everything — that he is working on the Titanic Telescope, an astronomical instrument 50 to 100 times more sensitive than anything yet created. The telescope will see so far across space — scanning a billion galaxies, up from the currently known million, with an ability to pick up the energetic equivalent of an airport radar on a planet 50 light-years away — that it might even find evidence of aliens (if they happen to be in range and using radio-emitting devices). It will see so far back in history that it will transport astronomers closer to the Big Bang than any previous telescope. It will help answer questions such as whether Einstein’s theory of general relativity holds, what cosmic magnets look like and whether black holes are hairy. (Honestly. It’s in a brochure Fanaroff hands me.) It will also, it is hoped, massively accelerate global computing power, as the volume of data it will generate will be greater than the amount so far created in all human history and more than the entire Internet can handle. And if all that sounds a little spacey, get this: Fanaroff’s hoping to build the thing in Africa. “It’s a massive leap into the unknown,” he announces, somewhat superfluously.

Fanaroff’s real title is project director. The proper name for the Titanic Telescope is the Square Kilometer Array (SKA) radio telescope — so called because it will be made up of thousands of radio-frequency receivers, which have a collective area equal to 1 sq km. Some of the receivers are 12-m-diameter dish antennas, some are smaller, and some are flatter, fish-eye constructs. Each of them targets a different frequency range to deepen and expand astronomy’s view of the sky. That kind of stargazing power requires a lot of real estate here on Earth. The SKA plan calls for 20% of the antennas to be clustered within a 1-km radius, 50% within 5 km and some as far as 3,000 km away — which would put them in eight other African countries, assuming the headquarters is in South Africa, as Fanaroff hopes.

Scattering so many dishes across such a wide area and collating their images into one composite will produce the same effect as building a single dish half the size of the earth. Why the obsession with size? Because with telescopes, bigger is always better — improving resolution and helping triangulate more precisely on cosmic targets — and the SKA is meant to be the best ever built.

Astronomers can already see back 13.5 billion years, about 400,000 years after the Big Bang, by looking at light very far away — and, therefore, very long ago. But they get no further. Why? Because the Big Bang was extremely hot, and only after around 400,000 years did it cool enough to allow protons and neutrons to form into atoms, most important, hydrogen — the first element. Before that 400,000-year point, what existed was a very hot, dense primordial fog. And we can’t penetrate that with optical devices like the Hubble Space Telescope or the European installation in Chile’s Atacama Desert called the Very Large Telescope. (Remember that obsession with size?) Radio telescopes can’t penetrate the haze either. But what a radio telescope — particularly a very big, very sensitive one — can see into is a somewhat more recent foggy period known as the Dark Ages, and mysteries aplenty lurk there. Hence the supersize SKA.

Overcoming Afro-Pessimism
Something as big as half a continent needs people on many continents to fund it. The SKA is a collaboration of more than a dozen countries that will share in its estimated building costs of $2 billion and operating costs of $130 million to $200 million a year. When bidding to host the SKA began in January 2003, the U.S., China, Australia, Argentina and South Africa all expressed interest. But the best place for a radio telescope is way out in the middle of nowhere, with no interfering radio signals, particularly no mobile phones. That ruled out the U.S., China and Argentina and left the great empty deserts in western Australia and northern South Africa.

On Feb. 7, an international committee will recommend which of the two should be the winner — though splitting the SKA between them is also possible, says Jim Cordes, a professor of astronomy at Cornell University. “Most people see the tremendous work going on in both countries, and we would want to keep everyone involved,” he says. There will still likely be a headquarters, however, and the contest to host that is real. The benefits of winning that competition include hundreds of millions of dollars in investment in power, communications and data processing, not to mention the prestige of being home to a project that Fanaroff expects to produce “several Nobels.” Everyone involved, from developers to funders to host countries, could also cash in on business spin-offs that could come from the work. (Wi-fi and digital cameras are among products originally developed by astronomers.)

For South Africa, even being in the running is an achievement. When Fanaroff’s team submitted a bid, the world of science was “a bit taken aback,” he says. Fanaroff says his mission is partly to overturn such “Afro-pessimism,” and he is succeeding: in the years since, surprise has become admiration. In particular, Fanaroff’s program of training engineers and physicists, funding bursaries for Ph.D.s and M.S.s as well as undergraduates — with special attention to women and blacks — has produced a team of astronomers widely acknowledged to be equal to any in the world.

In another way, Africa’s backward reputation might be an advantage in the contest with Australia. “The impact on Africa would be very far-reaching and a lot more than anywhere else in the world,” Fanaroff says. “It would be good for getting business into Africa, and we would be creating people with skills and expertise to solve problems not just in astronomy but energy, water, food security, disease and transport.”

Though Brian Boyle, head of the Australian bid, naturally favors his own case, he stresses that the competition is not as important as the result. Whoever wins, the SKA will be both “an opportunity to deliver an outstanding telescope to the world” and a chance for “a democratization of science,” placing significant astronomical infrastructure in the southern hemisphere.

The SKA will not be complete until after 2020. In the meantime, both Australia and South Africa, with funding and technical assistance from around the world, are already building smaller telescopes (36 dishes in Australia and 80 in South Africa) that will eventually be incorporated into the full SKA. The first seven South African dishes are now live, transmitting their readings back to a monitoring station in Cape Town.

When I visited the station, telescope manager Willem Esterhuyse showed me a printout of the first readings. Cordes from Cornell had told me to prepare to be surprised. “The origin of life is one thing,” he had said. “This is the origin of everything.” Something very far away, perhaps even the Big Bang, was speaking to me on the paper I held in my hand. But I didn’t see black holes, I didn’t see aliens, and I didn’t see the Dawn of Everything. Instead, what I saw was a series of rainbows of varying width, similar to the test printout from a new color copier. “It makes you think, doesn’t it?” asked a grinning Esterhuyse. Like I said: spacey.