The Hunt for Boko Haram

The Hunt for Boko Haram 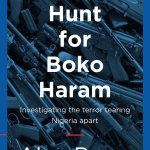 It’s 50 days since the Islamist militants of Boko Haram kidnapped an entire girls’ school in northeastern Nigeria and the general wants me to see what he’s up against. He invites me to his office in the capital, Abuja, and opens his laptop.

The general clicks on one folder entitled “Abubakar Shekau.” A first clip shows the future leader of Boko Haram in his years as a preacher, in a white cap and white babban riga, the traditional Nigerian pyjama, tunic and cape. A second is more recent, from 2013, and shows Shekau in a clearing in the scrub looking far bulkier and in full combat camouflage, an ammunition vest across his chest and a Kalashnikov in his hand.

The general clicks on a folder called “Bama Attack.” The first clip shows Shekau’s former number two, Abu Sa’ad, a few months before his death in August 2013. Abu Sa’ad is giving a speech to his men on the eve of an attack last year on an army barracks on Bama, a town on the Nigeria-Cameroon border. The fighters, who appear to be mostly teenagers, grin shyly at the camera. Abu Sa’ad, dressed in camouflage with a scarf tied under his eyes and a Kalashnikov across his chest, says the attack has been long planned and that most of its architects are dead. “You should look for victory or martyrdom, which is victory in the eyes of God. There is nothing more beautiful than martyrdom. A martyr knows he is going to die, knows there are enemies, but goes to the battlefield anyway without fear of death because he loves God and he knows God will smile on him.”

The attack begins at dawn. Hundreds of Abu Sa’ad’s men are strolling through the bush. They begin firing. When they start receiving return fire, they do not change pace or even look for cover. They keep walking almost casually into the fusillade. Bullets whistle over the cameraman’s head. “Allahu Akbar!” he shouts, over and over. “Allahu Akbar!”

All around, the fighters are being cut down. Ten make it to the base fence and take cover behind a toilet block. The cameraman films one fighter shouting back at his comrades. “Stop firing from behind,” the man yells. “You’re hitting us.” Suddenly the camera goes down on its side. “They’ve killed me,” says a voice. The general whistles. “I’ve never seen anything like it,” he says. “Just walking into death.”

He opens another video. This time, Abu Sa’ad is standing in front of the black and white flags of al-Qaida surrounded by 20 boys, all in headscarves, all carrying a gun. The boys look as young as four. The heads of the smallest just reach Abu Sa’ad’s waist. “You must wage war,” he says, his hands resting on the boys’ heads. “You must perform every violent act you can.”

Abu Sa’ad turns to the camera. “You can kill us,” he says, “but these children will continue. Children are the future.”

The general finds another clip. Two men in the black uniform of the Nigerian police are on their knees in the bush in front of a black and white banner held up by two militants which reads in Arabic: “There is only one God and Mohammed is his prophet.”

Abu Sa’ad stands to one side, holding a book. Several dozen fighters are gathered around. All are wearing scarves across their faces. The video features a soft soundtrack of Islamic chants.

The cameraman asks the two policemen to speak. The first gives his name as Corporal Mehmud Daba.

“I know mine has ended,” he says. “My legacy is to ask my wife to please bring up our children in Islam. Let my mother hear this and pay all my debts for me.”

The second policeman says his name is Sergeant David Hoya, a Christian. He does not raise his head but mumbles into the ground.

“What is your message for your wife?” asked the cameraman.

“That she should take care of my children.”

“In Islam or as unbelievers?”

“I’m not an unbeliever,” says David.

“How can they see you if your face is down like that?” asks the cameraman. “Lift your face up!”

The camera turns to Abu Sa’ad. “I want to give an explanation for what we are about to do,” he says. “We are punishing in terms of what Allah prescribes. I want to tell Nigeria and the world that we give them the gift of these two policemen, this sergeant and corporal. We want to give these men the judgment of Allah.”

Abu Sa’ad lifts up a book he is holding. “I am going to read from this book,” he says, showing the cover to the camera. It is an interpretation of the Kitab Tawheed, the Book of Unification, written by a conservative 13th-century Saudi Islamist scholar called Sheikh Abdur-Rahman bin Hasan al Ash Sheikh. The interpretation is by another Saudi scholar from the 19th century.

Abu Sa’ad begins a long monologue, showing the pages as he quotes from them. “We are going to do things in accordance with the book,” he repeats. “We will do this to anybody we catch. In Kano, we entered the police headquarters and we killed them as they shat themselves. We did the same in Damaturu and Maiduguri. Let the world know that we will never compare anyone to God. No government, no constitution, can compare to God.”

Ten minutes later, Abu Sa’ad finishes. “Let’s thank God and give him more bodies,” he concludes. He then pulls a knife from his combat vest, grabs Mehmud Daba and lays him on his side. The crowd starts cheering. “Allahu Akbar! Allahu Akbar!”

Two men hold Mehmud Dada’s chest and legs. Abu Sa’ad holds his head with one hand. He starts sawing at Mehmud Daba’s throat with the other. Blood jets onto the sandy ground. Abu Sa’ad keeps sawing. He can’t get through the neck bone. He switches to the back of the neck and starts sawing again. Still the head won’t come off. Abu Sa’ad drops the knife and twists Mehmud’s head around a full 360 with both hands, trying to snap it off. It doesn’t work. He picks up the knife and saws again.

Finally, after half a minute, Mehmud’s head comes free. Abu Sa’ad lifts it up by the hair, shows it to the crowd. Its eyes are closed. Flesh and ligaments are hanging loose. Abu Sa’ad places the head on Mehmud’s body.

Then he moves over to David Hoya, whom his men are already holding in place. This time Abu Sa’ad works ferociously. He takes David’s head off in half the time. I say nothing. The general is silent, too. He clicks on another video. A woman is being held on the ground, next to a newly dug grave. “I didn’t pass on any information,” she says. “I didn’t tell anyone anything.”

The men set to work. The woman shrieks. She screams again, then goes silent. Blood spurts on the ground. Her head is off in 15 seconds. The men try to arrange it on her body but can’t seem to balance it. They try propping it on her hair. Eventually one man loses patience and punts her head sharply into the grave. The other men shove her body in afterwards.

The general clicks on another clip. This time it’s a young boy. I tell the general I can’t take any more and he freezes the frame. We sit there, the two of us, silent for a while. The general is examining me, looking for my reaction. Finally he says: “We found over 200 graves like this in the area. All beheaded. A lot of them were young boys.”

TO CONTINUE READING, DOWNLOAD OR PRINT THE E-BOOK, THE HUNT FOR FOR BOKO HARAM, AVAILABLE HERE