Malaria: Epidemic On the Run

Malaria: Epidemic On the Run 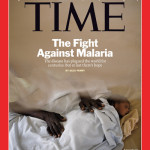 In the most malarious town on earth, I find Dr. Matthew Emer at his desk behind two sets of fly screens and under a ceiling fan. I introduce myself and tell Emer I am reporting on a campaign to wipe malaria off the planet. If I want to know why that is important and how hard it might be, I say, it seems a good idea to see how bad it can get — and I’ve read that in Apac, a district of 515,000 people in northern Uganda, the average person is bitten four times a day by malaria-infected mosquitoes. Emer nods. There are other, more telling statistics, he says, like how in the worst weeks, his handful of staff members may treat 5,000 people. Or how from 2007 to ’08, those treated included 70% of all children in Apac and nearly a third of the area’s total population.

Emer also wants me to understand that contracting malaria is often just the beginning of one’s troubles. Malaria might kill you. But if it doesn’t, it may be the start of an endless cycle of illness and poverty. “Because kids get malaria, there is a lot of absence from school,” he says. “So our kids don’t do well. So they don’t get good jobs, and they don’t earn money. Then they have children, who also get sick, and the parents have to spend their little money on them instead of spending it on schools or other things — and they have to stay home to look after them, so they lose more money. Malaria keeps us poor.”

And as malaria breeds poverty, poverty breeds more malaria. “Say every house has five children and each child has five to 10 episodes of malaria a year,” says Emer. “And Coartem [the most effective antimalarial drug] costs $8 to $10. That’s up to $500 a year for someone who earns $1 a day or less.” Emer watches me jot down the figures on my notepad.

“That doesn’t add up,” I say finally.

“It doesn’t add up,” repeats Emer.

“What happens to the children whose parents can’t afford Coartem?” I ask.

The need for foreign aid is never clearer than in a place where $500 can keep a family alive for a year. But Apac is also an example of how good intentions are no guarantee of good aid. On that first visit to Apac, in August 2009, I found two foreign aid programs, but neither concerned malaria, and one was even a wetland- preservation scheme that barred residents from draining the swamps that surrounded the town — the very waters where mosquitoes could lay eggs.

Today aid donors and recipients are increasingly asking, Does aid work? After half a century during which benefactors gave billions of dollars to Africa and Asia, they are finding the answer is often no. There are as many reasons for aid’s failure as there are bad aid projects in the world. But one aspect of modern aid that donors are particularly uneasy about is the way it feels unnervingly like a giant business. Global aid is worth about $120 billion a year, according to the Organisation for Economic Co-operation and Development, about the same as the combined annual output of the 20 poorest countries in Africa. And there are striking similarities in how aid and business work. Aid contracts are awarded by competitive tender. Aid agencies are run like corporations, headed by chief executives whose subordinates run departments such as marketing and human re sources. And aid workers, like their corporate counterparts, plot long careers stretching from the regions — in this case African villages — to the top of the ladder at headquarters, perhaps a U.N.-agency office in New York City. For this, they are generously rewarded. Add up the tax-free (except for U.S. citizens) salary of $139,074 to $204,391 earned by a midranking U.N. manager in, say, eastern Congo. Toss in his $75,000 car, his business-class flights home and to development conferences around the world, his children’s education and tens of thousands of dollars a year in other expenses and the total comes to about half a million dollars a year.

Big aid agencies are especially like big businesses. In theory, the goal of every aid agency should be to close up shop, its job done. In practice, that’s often still true of smaller, volunteer projects. But larger agencies focus not on folding but on expanding. The core proposition of global aid conglomerates like Oxfam or Save the Children or CARE or World Vision is not expert, specialized assistance but a branded, indiscriminate offer of help. In one country, that help might involve digging wells; in another, running a school; in a third, distributing medicine; in a fourth, advising on microfinance. Expertise — in a particular disease or disaster or country or type of aid — is often something acquired on the job.

Presented with a new catastrophe, the big agencies bid to be part of the assistance operation not so much because they are good at it (they might be, they might not be) or because they want to help (though they almost certainly do) but because that is where the money, a sine qua non, is. As agencies become ever more established, what was originally intended as small-scale, temporary assistance becomes big and permanent. Instead of helping governments, aid agencies replace them. Instead of solving problems, they may unwittingly institutionalize them.

For examples, look no further than the biggest of all aid operations: the responses to natural disasters like the 2004 Asian tsunami, the 2005 Kashmir earthquake or Haiti or Somalia today. Disasters require humanitarian mitigation in the short term. But solving a crisis in the long term requires a country to acquire an ability to look after its own. Poor countries that suffer disaster may not have that capacity. And if aid prevents them from learning the necessary skills, they risk being for ever dependent on handouts. In some cases, the haste to help can lead to poorly policed aid, which can exacerbate the causes of a disaster. In Darfur and eastern Congo, refugee camps provided a safe haven for those fleeing war but also for, respectively, Sudan’s janjaweed and Rwanda’s equally genocidal Hutu militias, which used the camps to regroup, rearm and refinance. Philip Gourevitch, chronicler of Rwanda, describes the Congo aid operation as not so much fixing a crisis as “catering it.”

When Business Gets It Right
I began following the malaria campaign because it offered the prospect of reinvention, perhaps even salvation, to the aid world. It did that not by shying away from what aid and business have in common but by embracing the similarities, accepting that aid was as much about economics as it was about charity, and building on that. The campaign had its intellectual foundation in studies done in the 1990s by the World Bank and the development economist Jeffrey Sachs. Curing disease wasn’t just about saving lives, the World Bank reported in a groundbreaking report in 1993. It was about saving money too. As Emer knew all too well, afflictions like malaria, tuberculosis and HIV/AIDS had a huge cost in money spent on medicine and treatment and in days out sick from work and school. Sachs later calculated malaria’s annual total economic loss to Africa to be in the tens of billions of dollars. By the same logic, fixing the problem — something Sachs estimated would be a relative bargain at $3 billion a year — would not only save lives but also finally move Africa off depen dency on aid and onto a path toward autonomy and prosperity.

Presented with a case for malaria control as being in their financial interest, companies such as ExxonMobil and Anglo Gold Ashanti threw hundreds of millions of dollars into protecting their workers and the villages around their plants. As businesses moved into aid, individual businesspeople did too. The turn of the millennium saw a new generation of superrich philanthropists like Bill Gates and Warren Buffett become some of the biggest forces in aid. They introduced a boardroom logic to foreign assistance. It wasn’t so much that inequality was unjustifiable, though extreme disparity clearly was. It was that inequality was unintelligent. Poverty didn’t hurt just the poor. It hurt everyone. A prosperous, healthy Africa would cost the West less in assistance and benefit the world more as a trading partner.

Malaria Visionary
More than anyone else, the new U.N. special envoy for malaria embodied this new creed of enlightened self-interest. Ray Chambers was a former Wall Street titan who all but invented the ultimate tool of 1980s self-enrichment, the leveraged buyout, then became a philanthropist in the mid-1980s when he discovered that money didn’t make him happy but giving it away did. Initially, he directed most of his efforts toward revitalizing his hometown, Newark, N.J. — a city that surely needed the help. In doing so, he applied the techniques of an entrepreneur: establishing a nonprofit commodities-trading fund to raise cash, networking to find investors, even deploying his favorite weapon for getting more from less — leverage — to make politicians, businesspeople and the media spark off one another. As a result, says Steven Phillips, head of ExxonMobil’s malaria program, Chambers developed “an intense understanding of the levers of power. He knew how to change the world.”

When he moved into malaria, Chambers also moved to the center of the story I wanted to tell: how the malaria campaign opened up a whole new understanding of aid. Over almost two years, I traveled with him across Africa to meetings with business people, governments and aid agencies, out in the villages, around malaria- research stations and through crowded wards of city hospitals. I watched Chambers pull off the ultimate piece of leverage: persuading the White House and the world’s biggest business, ExxonMobil, and the world’s biggest television show, American Idol, to produce a multibillion-dollar campaign whose extraordinary ambition was to eradicate malaria. Reaching that goal would take a few decades. But even the first stage of the campaign — distributing a bed net to everyone in the world who needed one — was stunningly successful. In a little over three years, Chambers and the malaria campaign distributed 382.5 million nets in Africa, a level of coverage that, if maintained, would save perhaps 2.5 million lives by 2015.

In December 2010, 17 months after my earlier visit, I returned to Apac. Emer was where I had left him, at his desk. Nothing else was the same. His figures showed that until June 2010, malaria was as bad as ever, up to 5,000 cases a week. But in June, the malaria campaign arrived with insecticide sprays and bed nets, and weekly cases fell to 3,594, then 2,843, and on to 2,426, 2,120, 1,684, 1,385 and finally 1,269. “You can see it!” exclaimed Emer. “You can witness it! Less children sick! Parents spending less money on medicine! Mothers spending more time on their gardens and going to the markets rather than spending four to five days every few months in hospital! When you went to the hospital before, it was full — full of people wailing and dying. You couldn’t count them! Now, for the first time ever, we are going to get on top of malaria!” Apac wasn’t the only thing that had changed, I said. Emer looked down at himself, as though administering a self-examination. “I am changed,” he concluded, “and I am happy. There is a reason to smile here again.”

Adapted from Lifeblood: How to Change the World, One Dead Mosquito at a Time, by Alex Perry, published by PublicAffairs (U.S.), Hurst (U.K.) and Picador Africa this month

This article originally appeared in the September 26, 2011 issue of TIME Europe.