The New Struggle for the ANC

The New Struggle for the ANC 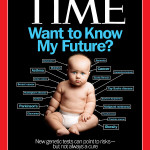 All day a lookout sat in the waiting room outside Sbu Sibiya’s office at the African National Congress (ANC) city headquarters in downtown Durban. Across town, next to the 40-year-old ANC regional secretary’s suburban home, a hit man waited behind a hedge. When Sibiya left work for the day at 8:30 p.m., the lookout in the office called the gunman. An hour later, as Sibiya pulled into his driveway and waited for his electric security gate to open, the assassin walked up to the car window and shot Sibiya dead with a 9-mm pistol. Then, according to a former aide who has seen police records of the calls — a version of events supported by another ANC official who was interviewed by TIME — the killers called their handlers: several of Sibiya’s fellow leaders in the Durban ANC. “The police know who [the ANC leaders] are,” says the aide, who asked to remain anonymous for his own safety. “I know who they are. And I still have to work with some of them.”

As the ANC meets this month to choose its leaders for the next five years, a rising tide of shootings that began 17 months ago with Sibiya’s still unresolved murder threatens to destroy whatever moral authority the party still has. Not so long ago the ANC enjoyed what seemed to be an unassailable reputation. Perhaps no cause in the late 20th century was purer or more righteous than the party’s fight against apartheid, the white-supremacist system of government in South Africa that lasted from 1948 to ’94. And no political leader was as heroic as Nelson Mandela, who seemed to personify the best of humanity when he emerged from 27 years of imprisonment in 1990 to preach not revenge but reconciliation. Mandela went on to become South Africa’s first black President and a kind of secular saint to the world. His legacy has given the ANC an overwhelming electoral majority ever since.

All that makes the ANC’s descent over recent years into corruption and criminality all the more painful to the millions around the world who once held it in such esteem. To those who followed South African politics closely, the party never really measured up to its myth: its guerrilla and intelligence wings secretly made use of criminal networks, torture and execution in the fight against apartheid. When it came to power, however, the ANC’s reputation was still intact. Eighteen years later, its uninterrupted spell in government has had a deeply corrosive effect. With billions of dollars a year in government contracts to award, the ANC has changed from a party of hallowed revolution into a tool with which some in the party enrich themselves. South Africa’s Special Investigating Unit, which targets corruption, has reported that about a fifth of state procurement spending — $3.8 billion a year — is lost to deliberate overpayment and graft. The country’s main government watchdog, the auditor general, says a third of all government departments have awarded contracts to companies owned by officials or their families; it adds that in some provinces, as many as 75% of government contracts are suspect. Inequality, as measured by the Gini coefficient — the globally recognized measure of disparity within nations — has actually increased since the end of apartheid.

The leadership convention, being held from Dec. 16 to 20 in Mangaung in central South Africa, is expected to endorse the incumbent Jacob Zuma, all but guaranteeing him another five-year term as the nation’s President. But since the party is also celebrating its centennial, and with the 94-year-old Mandela in the hospital undergoing treatment for a lung infection, South Africans are inevitably measuring the ANC’s current leaders against its past giants. Earlier this year, on Mandela’s 94th birthday, his ex-wife Winnie — a convicted fraudster herself — warned that the modern ANC had led South Africa into “deep trouble.” “We see our people in the streets demonstrating against us … people who say we failed them,” she said. “This is not [what Mandela] dedicated his life for.”

Gangland
Durban, a port city of beaches and lush parks where the buildings are painted in bubble-gum pastels, is the center of all that has gone wrong with the ANC. It is Zuma’s home city — he was born in the green, hilly Zulu heartland inland — and the surrounding province of KwaZulu-Natal (KZN) is a base for the largest number of ANC branches in South Africa. It is also the corruption and political-assassination capital of South Africa.

In the past two years, police say, there have been 15 assassinations of ANC members in and around Durban. Mary de Haas, a political-violence specialist at Durban’s University of KZN, puts the number of political assassinations involving victims and killers from all parties at around 40 in KZN in the past two years. Her friends in the ANC now carry guns wherever they go, especially to party meetings, where a number of killings have occurred. “That tells you something,” she says.

Why are KZN politics so violent? One reason may be history. During the last years of what South Africans call the Struggle, the ANC’s guerrilla and criminal networks were largely based in KZN. In the 1990s, KZN saw more killings in a violent tussle between the ANC and the Zulu-chauvinist Inkatha Freedom Party. Today’s killings differ from the past interparty violence, however. “In many of these cases,” says KZN police spokesman Colonel Jay Naicker, “the suspects arrested belong to the same political party as the victim.” The killings are also happening against a background of widespread ANC-related corruption in the region. At the beginning of 2012, the auditor general announced he was investigating 1,640 cases of municipal corruption across South Africa, of which 1,103 were in ANC-ruled KZN alone.

The steady stream of murders has meant the elimination of many of the party’s best and brightest. De Haas says Sibiya was murdered “because he was a decent, upstanding comrade, widely believed to be trying to expose corruption. He had to go.”

In October the ANC was hit with a new scandal. This time it was Zuma who was at the center of questions about the $28 million the South African press allege the state is spending on what it says are security upgrades at the President’s private country home at Nkandla, north of Durban. The country’s government ombudsman is now investigating.Zuma has denied all allegations of criminality. In a speech in East London on Nov. 3 he acknowledged that the ANC faced accusations of corruption but said, “People are saying this, but it is untrue.” He has also attempted to silence his critics. Zuma has sued cartoonists and journalists who question him, and he even demanded an artist destroy the original of a portrait of him with his penis showing — a reference to his four wives. For its part, in December the ANC-led Parliament enacted a law that will see journalists and whistle-blowers who divulge state secrets — the definition of which would be set by the government — jailed for up to 25 years. “The extraordinary thing,” says Max du Preez, a veteran South African political commentator, “is that the ANC is about to re-elect Zuma despite a consensus that he was a disaster as President.”Faltering Myth
There are signs that South Africans are tiring of the ANC’s beautiful myths. In August, in scenes whose brutality was reminiscent of apartheid, police shot dead 34 striking miners at the Marikana platinum mine in northern South Africa. The miners complained that the ANC leadership, which would once have supported the strikers, was now co-invested with the mine owners. In the end, the ANC-dominated government could not formulate a coherent response to Marikana, effectively delegating policymaking to riot police, with disastrous consequences.In subsequent weeks, violent copycat strikes followed at other mines, then other industries and then farms, eventually involving hundreds of thousands of people. The strikes became a manifestation of a wider national fury at the way the ANC has abandoned many of South Africa’s citizens to a life defined by 25% to 40% unemployment, high levels of violent crime and the world’s biggest HIV/AIDS epidemic. Some disillusioned ANC members and supporters have begun to vote with their feet. The centrist, liberal opposition Democratic Alliance has profited from what its leader Helen Zille describes as “the precipitous collapse in moral authority of the ANC.” It has increased its share of the vote in local elections from 3.5% in 1995 and ’96 to 24% in 2011 and now runs Cape Town and the surrounding province of Western Cape. The party now has set its sights on winning power at the election in 2019, though that seems a long shot for a party led by a white South African.More commonly, disaffected ANC members stick with the party. Stephen Ellis, an Africa scholar and author of External Mission: The ANC in Exile, says most rank and file see the party “as a family to which one retains a residual loyalty even when it is dysfunctional.” That doesn’t preclude trying to reform it, however. For three weeks in July in the provincial city of Pietermaritzburg, northwest of Durban, hundreds of low-ranking ANC members staged a sit-in protest against their own party leaders outside city hall. The demonstrators were beaten by police and arrested, but eventually Zuma summoned them for talks. Subsequently, 10 officials and party leaders were suspended pending a corruption investigation.

One of the protest organizers is a 42-year-old man who joined the ANC as a 15-year-old schoolboy, when Mandela was still incarcerated. “We will fight this corruption like we fought apartheid,” says the man, who spoke on the condition of anonymity out of fears for his safety. The risks are just as high this time around, he warns: already one assassin has been arrested en route to one of the dissidents’ meetings. “It’s like before,” he says. “They’re trying to silence us. We expect to be killed.” As the ANC’s current leaders prepare to salute 100 glorious years at Mangaung, it’s safe to say that is not the legacy their predecessors, or their supporters, envisaged.